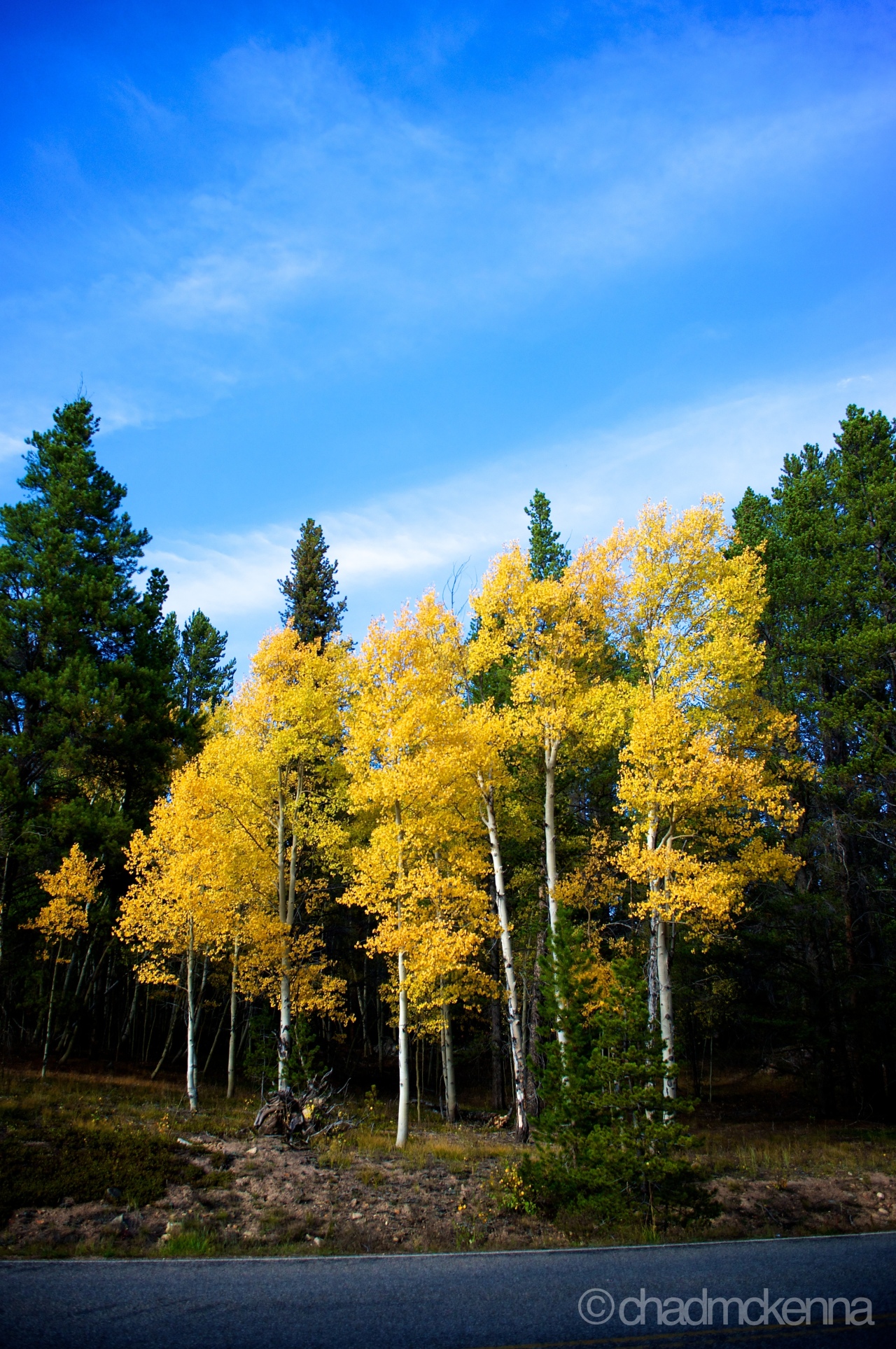 The last weekend of August, there was a big bike race that started its last leg in Golden. I wasn’t able to make it to the bike race but the day before, I made it down to the expo that was happening in downtown Golden. I shot this next one of a bike from a company called Panda Bikes from Fort Collins. It was an interesting bike company because they use bamboo for all of their bike frames.

Both my Dad and my sister-in-law, Sara, have similar birthdays. We had a joint birthday party and I snapped a few pictures from the event. For some reason, my Dad had acquired a crown and gave it to Sara to wear. Anyways, I really liked the following picture of Blake and Sara.

Recently, I’ve been trying to get better at taking back-lit shots, so I gave it a go with the following picture. This shot is of my sister, Elise, enjoying the festivities.

This past weekend I got the opportunity to go to Leadville with my brother, his wife, and our friend Sally. Sally’s family owns a cabin up there and the following picture is the stunning view from the front porch.

The first morning, I got up kind of early and went for a walk around the neighborhood. The house next door has been abandoned for about a decade and the property offered a lot of opportunity for some great shots. The following shot is of the shed out behind the abandoned house.

This next shot is of the front porch of Sally’s cabin.

The next shot is of the front door of the abandoned neighbors’ house.

In the afternoon, we went for a hike out near Turquoise Lake. This is a shot of one of the creeks we crossed on our hike.

After the hike on the way back to the cabin, we stopped to get some pictures of all the changing colors. These next two shots are some pretty cool shots of Aspens near Turquoise Lake. 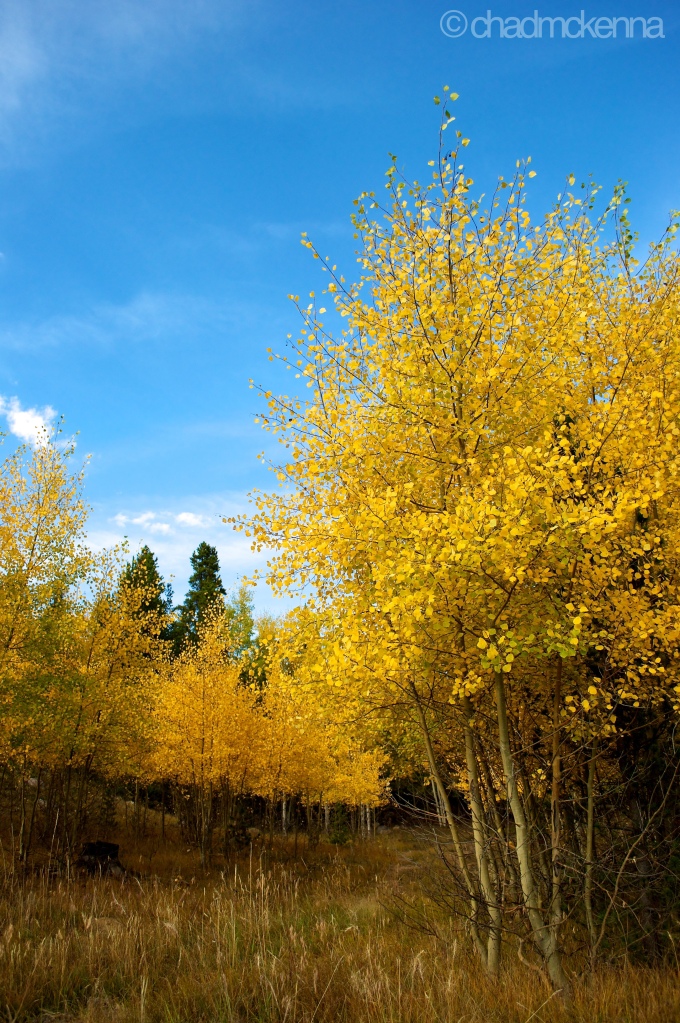 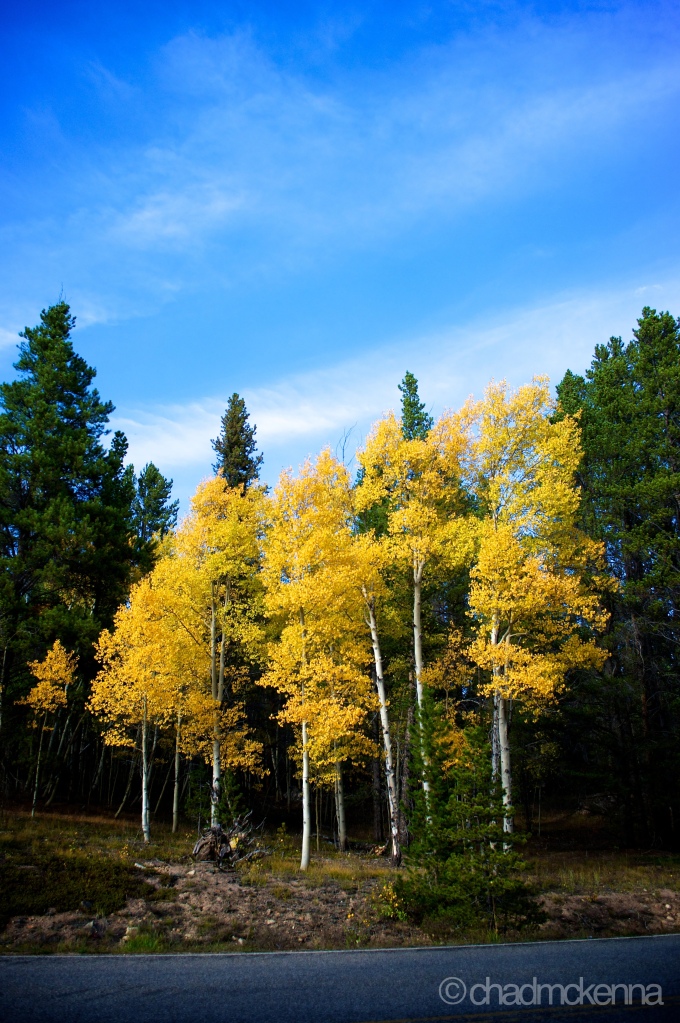 Right before dinner, I grabbed my camera and got a few pictures of the magnificent sunset. This first shot was an HDR shot I got while laying down in the field in front of the cabin. 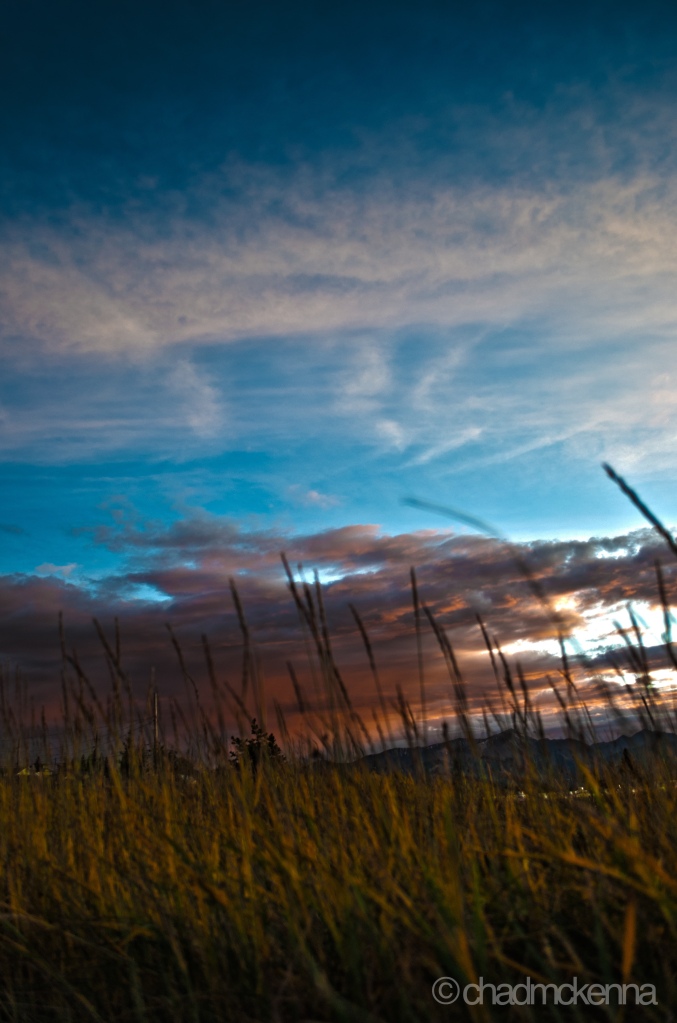 Sunset in the Field.

I really liked how the clouds were shaping up behind the neighbors house. I got this HDR shot  just as the colors in the clouds became the most vibrant. I’m really happy with how this one turned out.

Before we lost the light, we went for a quick trek around the neighbors abandoned house. This shot is looking inside the window at a decade’s worth of dead flies on the window seal.

A Decade Worth of Flies.

We also went into the shed behind the house and we found a stack of old photographs that the previous owner had taken. This shot is of Evan going through the pictures.

This is Blake holding up a couple of the creepy photos we found in the shed.

I wanted to get one more picture of the neighbors house, so I took another HDR shot of the front of the house. I really was trying to capture deep red of the grass in the lawn.