This is some music to listen to while you read and look at some pictures. The song is ‘Whats in it for’ by Avi Buffalo.

So, this is the completion of my first week of my year long photography project. What you’ll see below is at least one picture from each day of the week, from Wednesday to Tuesday (And then posted on Wednesday).

This first picture was taken on Wednesday as I perused the Library. I’ve been in the library many, many times for countless hours over the course of the last three years but never once did I think to grab my camera. Our library is giant; it has one of the worlds largest collections of geological maps and its filled with books that are as old as the school itself. This aisle of books really caught my eye, I think it had something to do with all the lines in the shot that converged somewhere out the window at the end of the aisle. 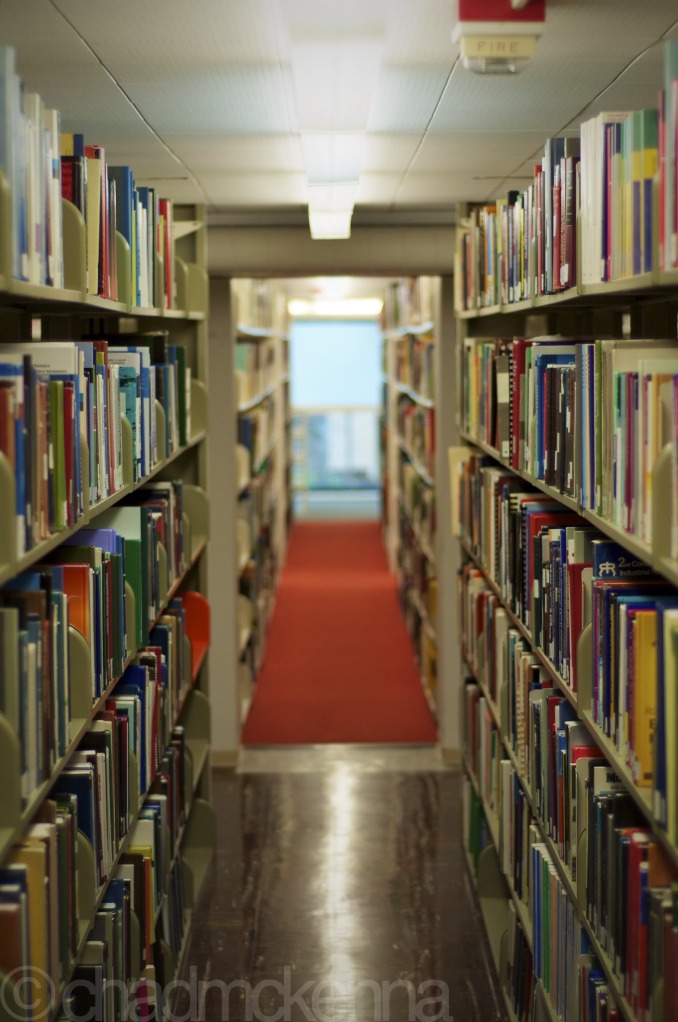 This next shot was taken on Thursday. I went to sleep with it raining in Golden and woke up to snow. I thought this nice little surprise lent itself a neat opportunity to capture an image that depicted the change of the seasons. I thought that the snow covered blooms on the trees could create a pretty stunning photograph. I packed up my camera and headed off to class a few minutes early. I am pretty happy with the resulting picture. 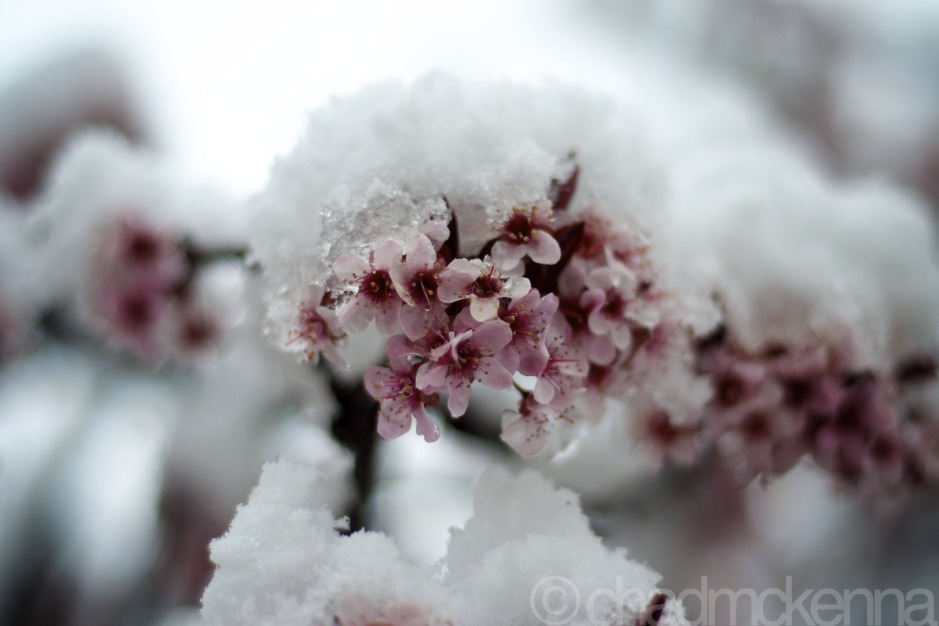 Friday was a tough day to find something to shoot. I wandered out around 3pm while the sun was still high in the sky and it made it really difficult to get any standout shots. I wandered all around Golden and managed to get a few photos that I thought were post worthy. I don’t know why this first shot stood out to me. I really liked how it was the only bicycle in front of this apartment complex and the color of the bike was pretty unique. 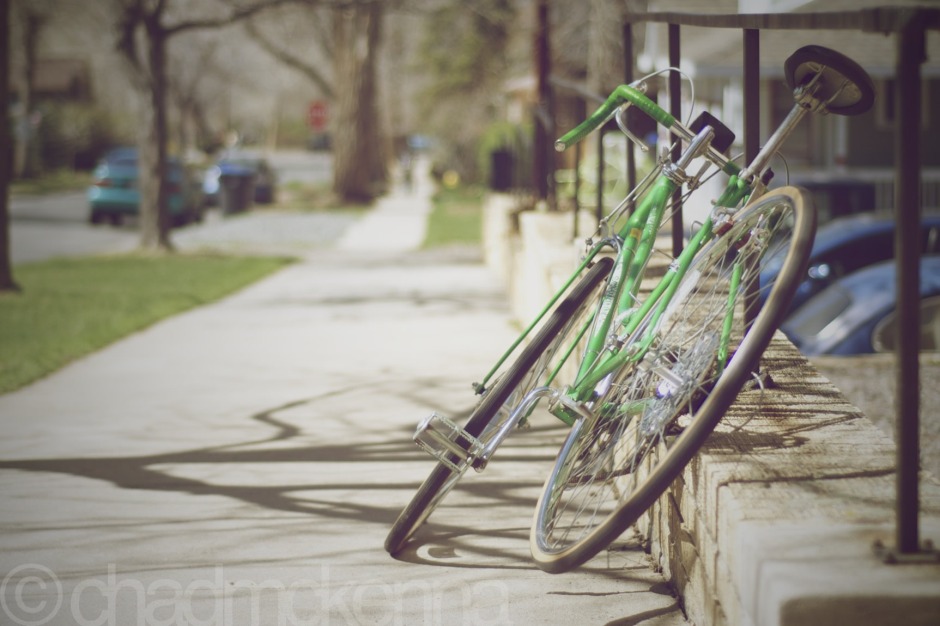 I took this second shot of a tulip that was right next to Clear Creek. It was the only thing in this garden that was touched by sunlight. The shadows made everything too dark, except for where this flower lay.

This last shot came from an idea that I take a broad picture of some item and then crop the hell out of it so that the shot became vary narrow and wide. I thought the picture of this curved traffic mirror did just the trick.

Saturday was a crazy awesome day. Most Saturdays during the school year consist of skiing and homework. Today was a refreshing change to the norm. I was awoken at 11:15am to get some lunch by my friend Martin. Over lunch, Martin talked me into going to see the Mines baseball game. Mines destroyed the New Mexico Highlands (14 to 7) which allowed for plenty of opportunities to get some action shots. The next shot was probably my favorite of the game. 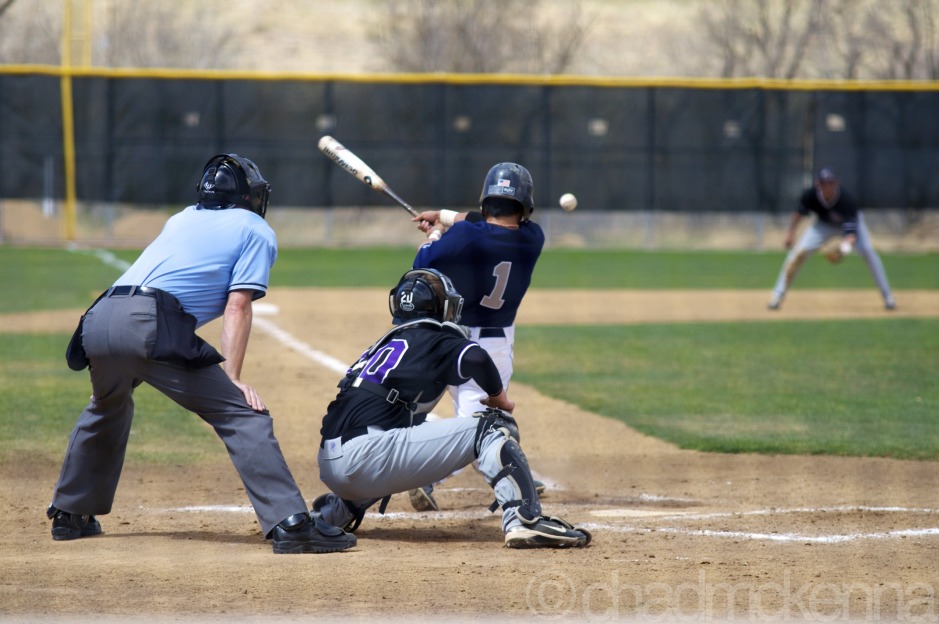 After the game we meandered to downtown Golden, stopping to watch half of the ladies soccer game on the way. We stopped in at Old Capital Grill for some happy hour specials. As it turns out that Coors Banquet is very photogenic. The following shot really portrays the mood of today; it was my favorite of the day. 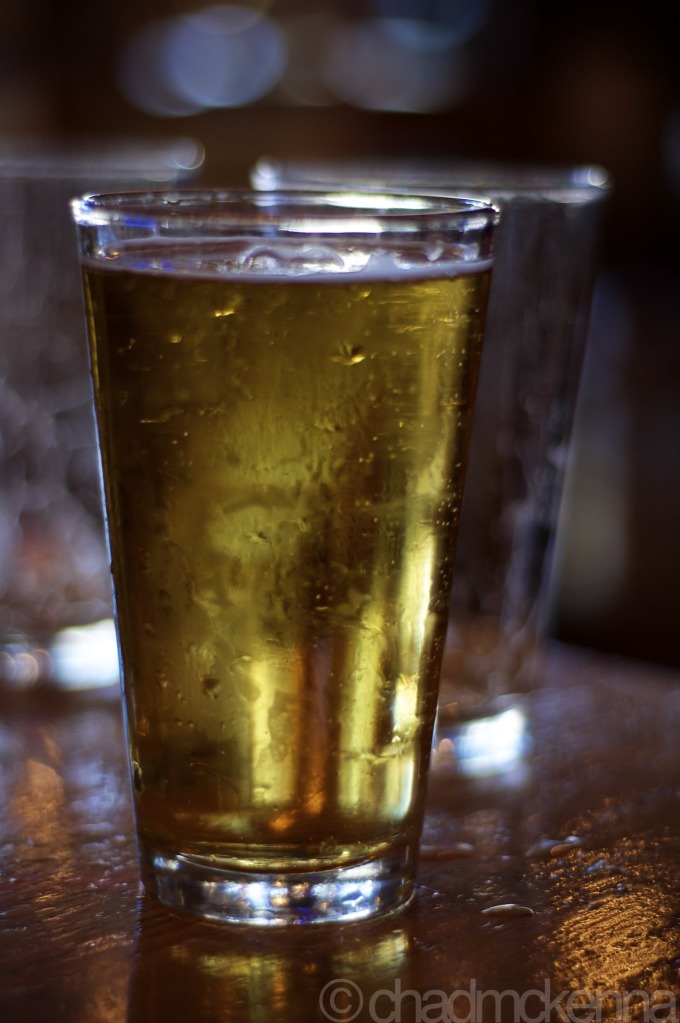 I’m going to be honest, I’m not really that thrilled about these next two pictures. I’ve literally been in front of a computer all day in the name of homework. Its about 11pm and I’m finally having some time to get my daily pictures. I’ll be honest, there isn’t much to work with in my room in the way of photographs. So these next two photos are kind of representative of the day I’ve been having. 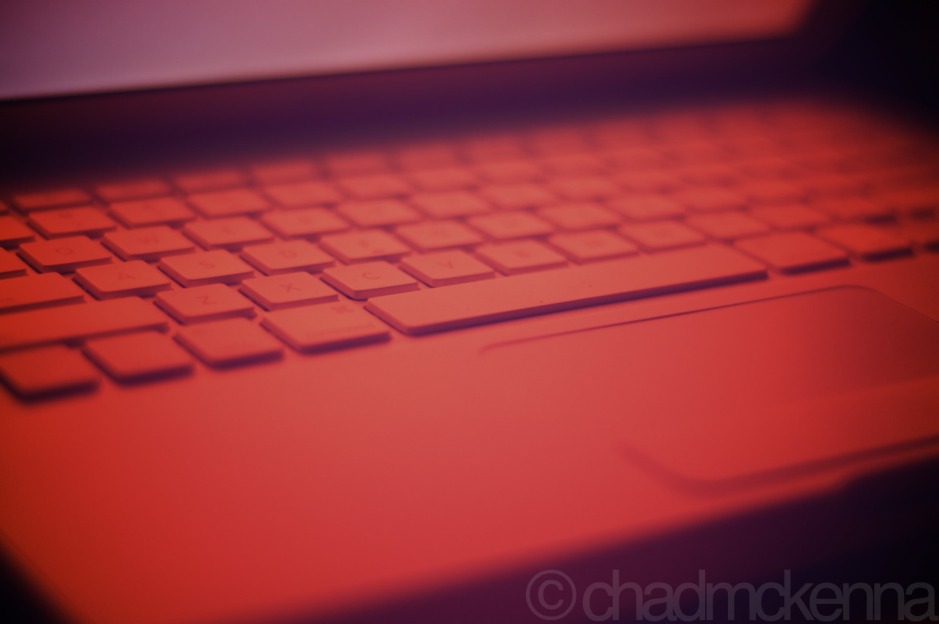 This shot was taken mid-rails development. I’m finishing up a project for my Web Applications Development class; we’re building an application that allows you to make velociraptors and then our app integrates with all the other apps that are being created by the other dudes in our class. The greatest thing about majoring in Computer Science is how relaxed and nonchalant the entire industry chooses to carry themselves. When your professor invites you to his Ruby on Beer get-togethers in Boulder (www.rubyonbeer.com), you know your major is pretty cool.

Monday was really tough for me to get some pictures. I did get my camera out to get a few shots today, but they were only of one of the apartments we were looking at for next year. Other than looking at an apartment, my entire day was devoted to knocking out some mad-interwebz-hackz for a few of my classes. I was up until almost 3am and I can assure you, I had no time for picture taking.

Judging from the first two days, this week is going to be CRAZY busy. Hopefully I can find more time than I have had to take pictures this week. The one picture I got today was from messing around with an assortment of headlamps and my camera late at night. I was pretty happy with this picture, I just hope that this trend of late night pictures in my room doesn’t keep up, because I don’t know how many more I can make (and they’re starting to get redundant). Hopefully better weather and less homework will allow for some hiking shots this week. Anywho, here’s todays shot: