We stayed the night in a small cabin on the outskirts of Akureyri with the most amazing view. The first two shots were taken from the driveway to our cabin. After making ourselves some breakfast, we headed in to town to get some coffee and walk around the botanical garden. We had a pretty long day of driving a head of us, so we got on our way before noon and headed to the first spot on the itinerary, Hvítserkur. Hvítserkur is a giant rock that sticks out of the ocean and looks like some kind of wild creature (like a dinosaur or something). There were all sorts of wild beasts on the side of the road that we had to stop for on our way (and by wild beasts I mean horses and sheep). And just down the road from Hvítserkur, there was another waterfall, Kolugljúfur.

We continued driving and made our way on to the Snæfellsnes Peninsula via an hour and a half long drive in dirt roads. We made a stop at our airbnb in Stykkishólmur to drop off our stuff and we headed out again. It was a really clear day and we heard that the northern lights were supposed to be going crazy and we weren’t going to miss them. We drove over to Kirkjufell Mountain and spent a couple of hours taking pictures during sunset. But just as it was getting dark, the clouds started rolling in. By the time it had gotten completely dark, there was too much cloud cover near Kirkjufell to see anything so we drove east, back toward where we were staying in Stykkishólmur. As we were driving, Hilary noticed a mysterious white light backlighting the clouds so we pulled over and got out of the car. Through a break in the clouds, we could see the Aurora Borealis dancing behind them and lighting up the sky. Even though it was partially obstructed by the cloud cover it was still an amazing sight and had us already planning another trip back simply to see more of the beautiful northern lights. 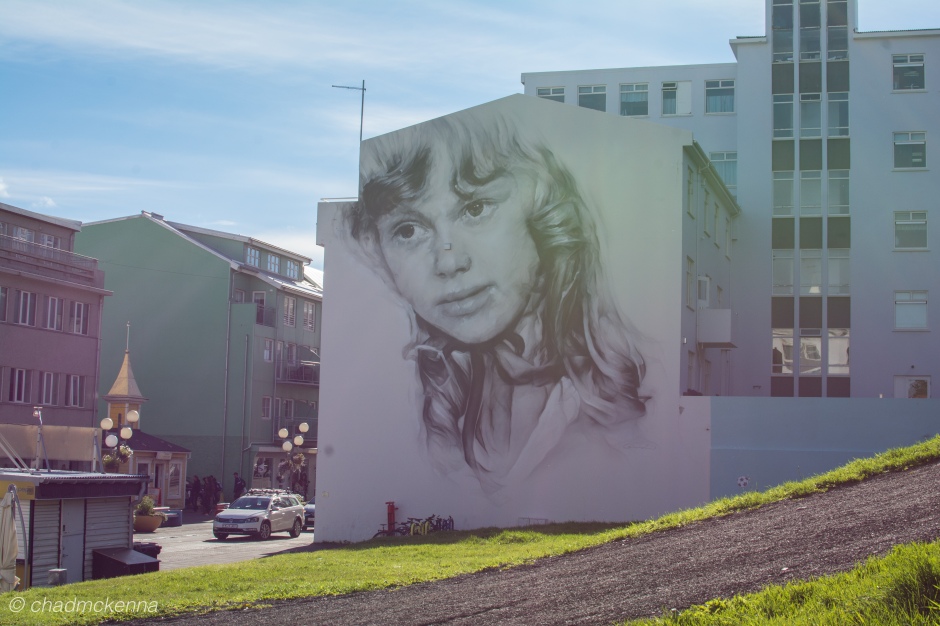 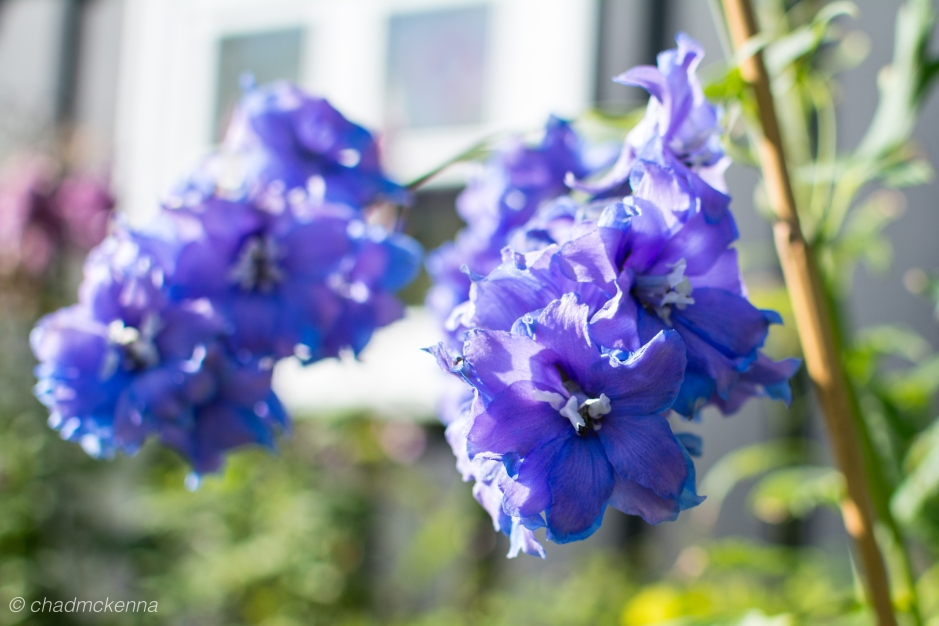 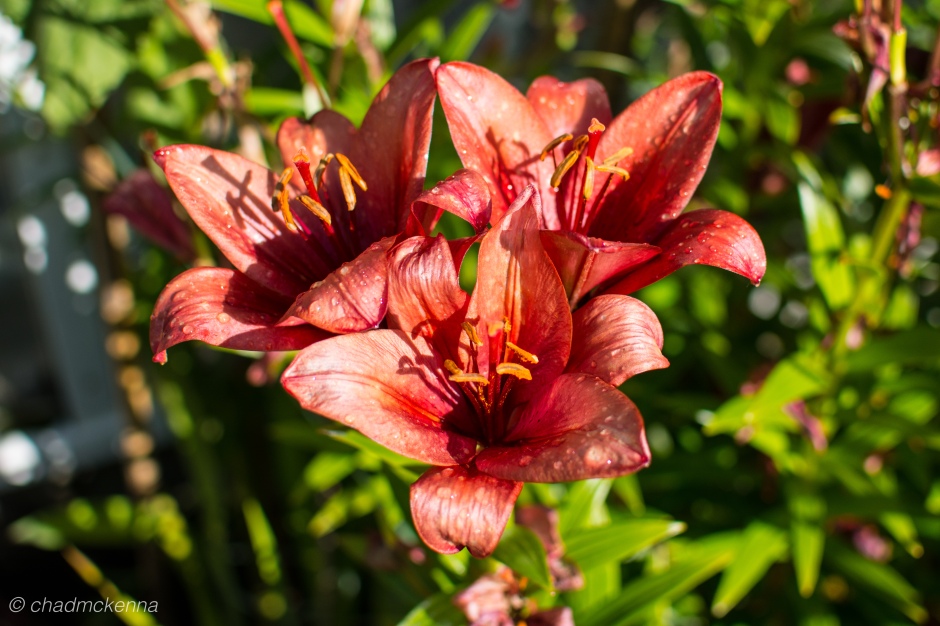 Just Outside of Akureyri 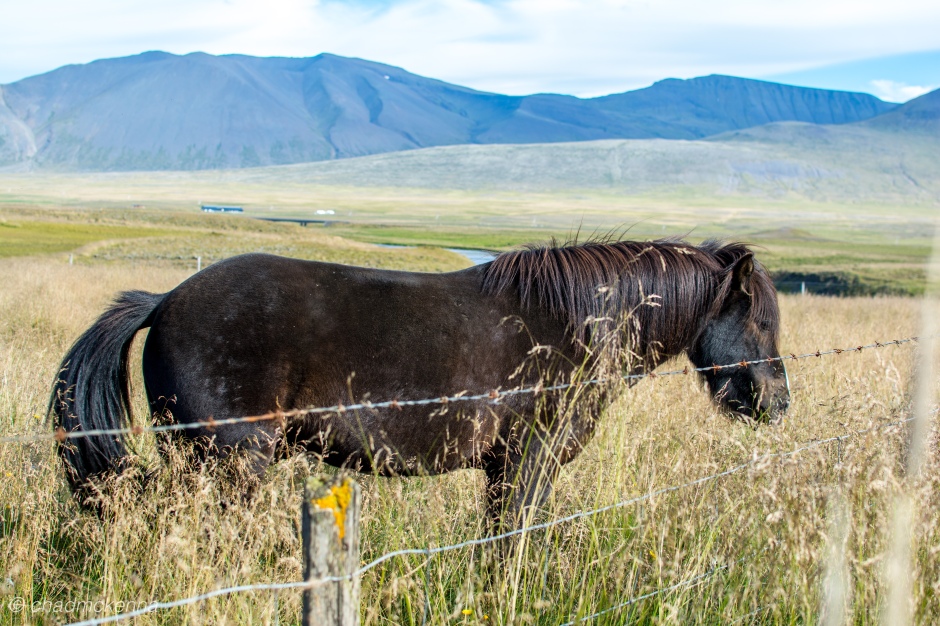 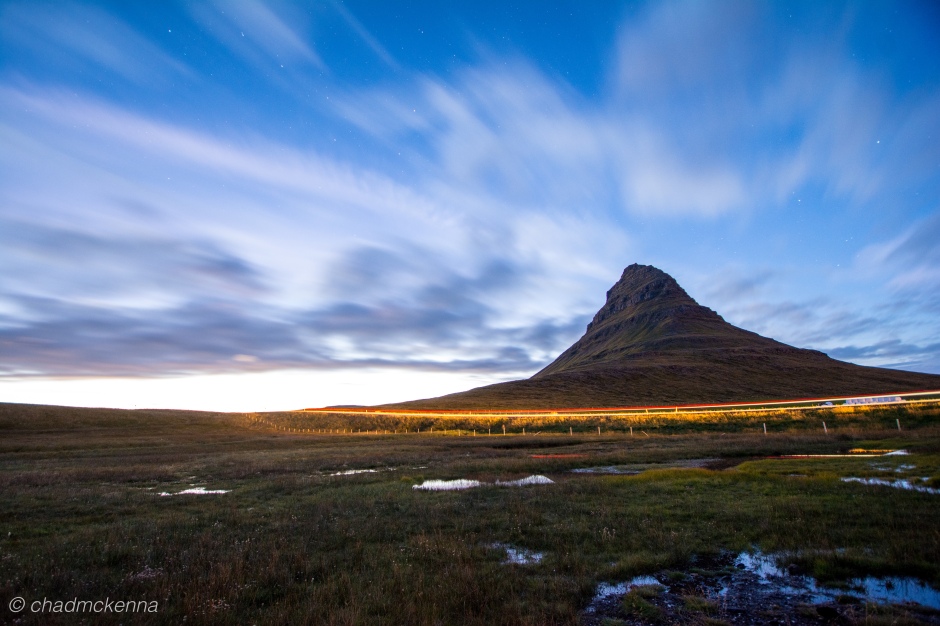 Northern Lights on the Snæfellsnes Peninsula 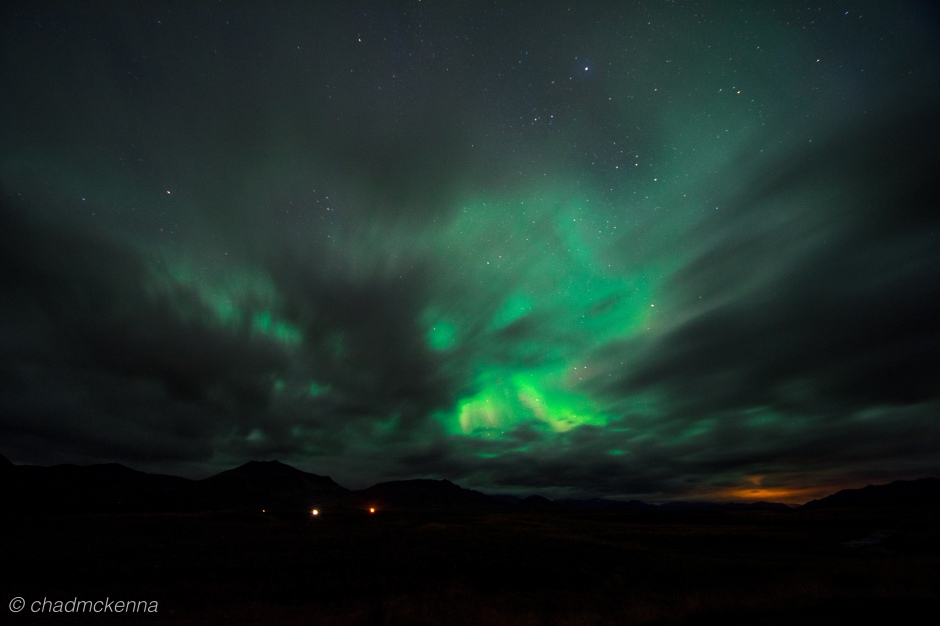